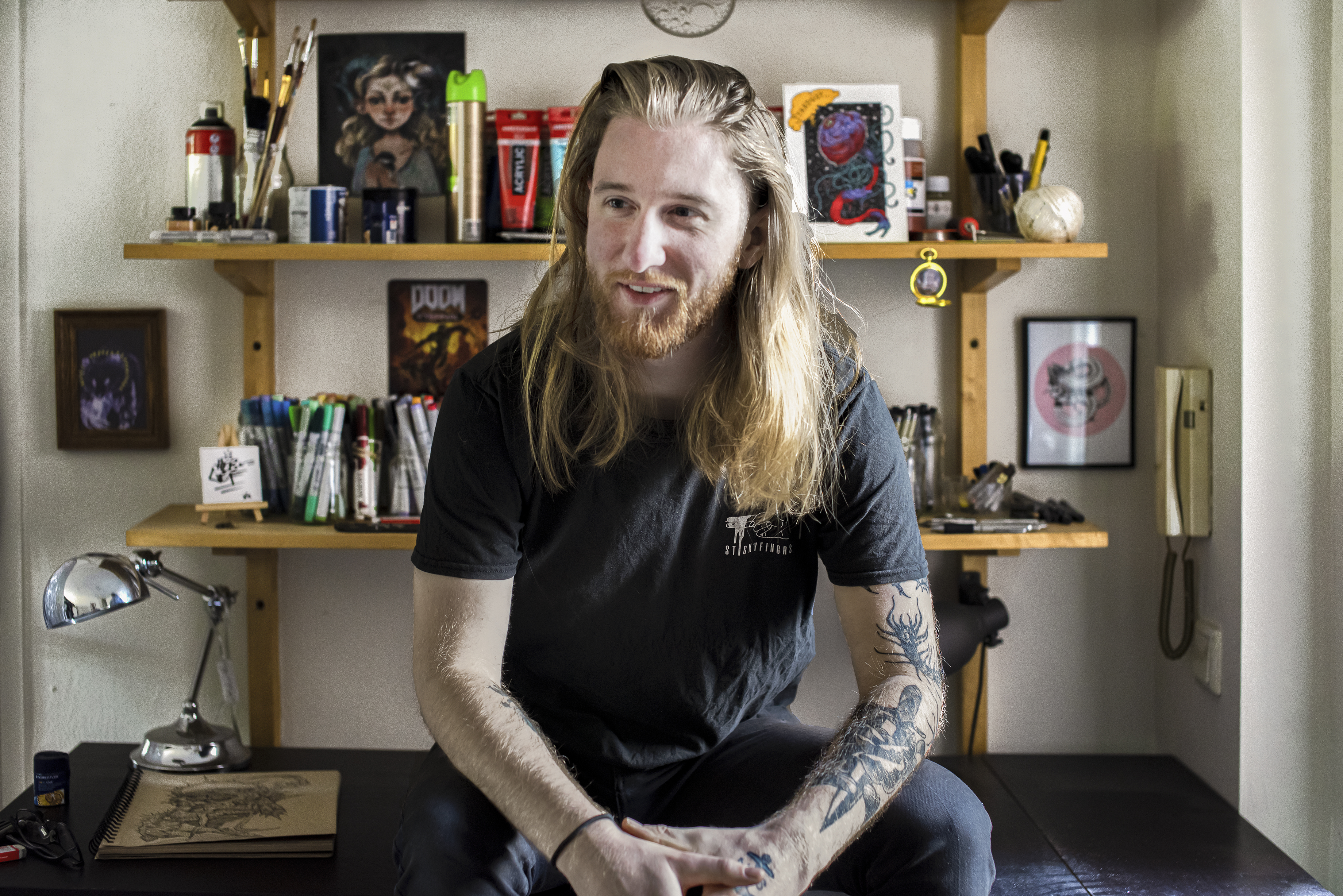 Sjors Bekkers, born on the 7th of January 1992, is a selft-taught artist currently residing in Tilburg, The Netherlands.

His love for creature design and the fantasy genre started when He was younger, after watching such movies as The Neverending Story, Labyrinth and the animated movie Little Nemo: Adventures in Slumberland. Those strange and fantastical worlds, inhabited by even stranger creatures, fascinating him immensely as He devised his own short stories and drawings of creatures of all shapes and sizes in response. Following that He eventually read The Lord of the Rings by J.R.R. Tolkien and soon after started researching what inspired most, if not all, of those well known fantasy epics.

At some point during his youth, Sjors found a 1st edition print of The World of the Dark Crystal by Brian Froud and Jim Henson in his father’s book collection, leading him down the rabbit hole of weird works by such authors as H.P. Lovecraft and Stephen King. Their more often than not horrific depictions of the human experience further influencing his own work as He dilligently fought to find his own voice within the weird fantasy and horror genres.

As He grew up Sjors found that He struggled to find his place within the world, His early adolescence burdening Him with depression and the recurrent idea that He simply didn’t deserve to hone his skills or develop his talents. During this time he briefly gave up on the arts, convinced that he would never reach the level of skill or talent that his sources of inspiration had already reached, as if that was even the point. Luckily, Sjors was gifted with a good amount of stubbornness and tenacity and it wasn’t long before he picked up a pencil again, in part thanks to His creative therapist.

Nowadays Sjors is one part professional freelance artist and storyteller specializing in the fantasy genre, breaking away from conventions as much as possible as He believes there is much more to the fantasy genre than elves, goblins, and dragons fighting over a pot of gold in a decrepit old castle. And another equally important part motivated expert-by-experience within the recovery community, advocating for mental health awareness and the improvement of treatments for those still suffering through their mental illnesses.

As a creative thinker and jack-of-all-trades, Sjors tries to bring innovation, excitement and wonder into a genre and world that will inevitably go stale if we stick to what is perceived as it’s status-quo.